Awesome to work with, most professional in the area. A++

In 1989, the building at 119 North F Street that still houses their office and showroom today, was purchased.

Dave and Becky’s daughter, Sarah Archambo joined the staff in 1994 for part time help with office duties and now has primary responsibility for in-house accounting, payables and receivables; and general book keeping.

Their daughter, Angela, worked part time for Full Circle while attending community college after graduation from high school in 1994, doing drafting/design work as well as other odds and ends. Angela graduated from Lawrence Tech University in 2001 with a bachelor’s degree in interior architecture. After living in southern Michigan for several years, Angela moved back to Cheboygan in 2003 and re-joined Full Circle. She now serves as the primary Home Center sales person and kitchen and bath designer.

Son, Dan went on payroll in 1996 during summer break from high school school and has worked continuously for Full Circle since that time. Dan now handles estimating, production and job management of a wide variety of residential and some commercial jobs. He also handles EPA lead safe and OSHA safety compliance.

They were able to move into and open the new showroom in 2003 with the Grand Opening in September of 2003.

The McKinley’s have two other sons, Paul and Maxwell, who also worked at Full Circle during their time living in Cheboygan. Both have since moved from the area but are still employed in the home improvement industry. 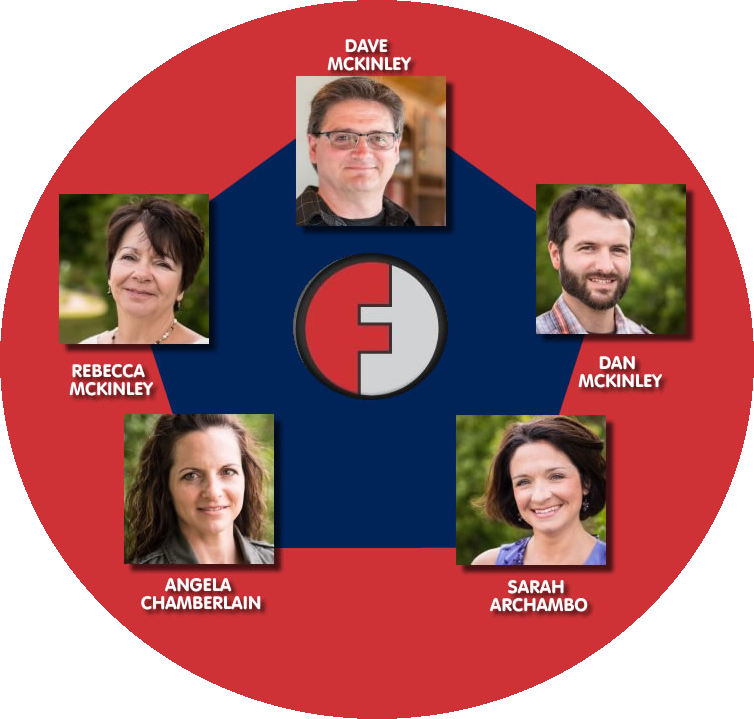